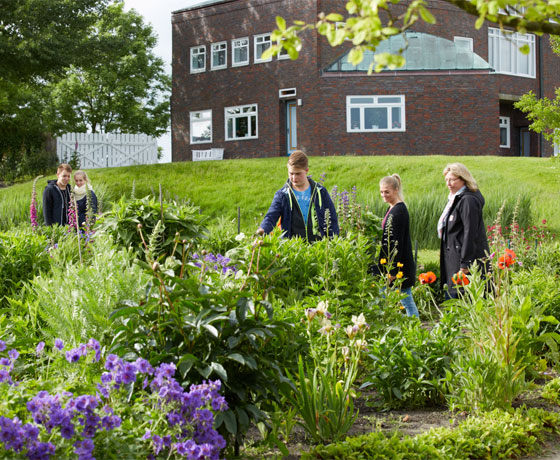 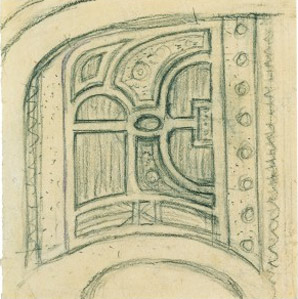 Wherever Emil and Ada Nolde settled, they laid out a garden according to their own visions. When Nolde bought Seebüll in 1927, only green grassland surrounded the empty terp (raised dwelling-mound). In order to let their little paradise blossom, the Noldes mixed the existing clay-sod (dehydrated mud) with sand and peat, to improve the quality of the earth for growing flowers, perennials, shrubs, vegetable- and fruit plants. A reed fence protected the plants and shrubs from the west wind. The path through the flower garden traced the pair’s initials, A and E – linked by a bird bath with a little fountain. From April to October a great many perennials bloom in the Seebüll garden: irises, delphinium, Turkish poppies, geraniums and lupines.

Sitting in the garden, Nolde painted virtuosic watercolours of powerful luminosity and great intensity. The flower paintings he did in oils, on the other hand, he generally painted in his studio.

“The colours of the flowers attracted me irresistibly… the purity of these colours; I loved them… (Emil Nolde)